On May 1, 2017, MRO celebrated our 15th anniversary. As a co-founder of the company, I have had the great honor and privilege of watching the organization evolve and grow. There have been both exciting and interesting times throughout MRO’s history, including major milestones that helped transform the organization into the industry-recognized leader for Protected Health Information (PHI) disclosure management, including Release of Information (ROI).

When we formed MRO in 2002, our initial business plan was to design an easy-to-use document management application that could scan medical records into a burgeoning internet environment. This became Chart Online®. Along the way, we began looking at ROI, as typical ROI workflows were not efficient or convenient for requesters, and we believed we could build a better platform.

Over the course of time, we have used innovation, creativity and a passion for service excellence to build a leading platform for disclosure management. Some milestones follow.

1. The company was founded as Medical Records Online. We later changed to the acronym MRO – 2002

8. MRO became the first ROI company to be rated by KLAS. We went on to win the KLAS Category Leader designation for ROI, four years in a row! – 2012 through 2017

9. The company announced the launch of IdentiScan®, our record integrity application, which leverages optical character recognition technology to review documentation to locate and correct comingled records – 2013

11. We relocated our headquarters and National Service Center to a larger facility in historic Valley Forge, Pennsylvania – 2015

12. Inc. magazine named MRO one of the fastest growing private companies in the nation two years in a row – 2015 and 2016

14. Our Patient Advocate program was launched from MRO’s National Service Center to offer additional support to patient requesters. The program won a Stevie® Award for innovation in customer service – 2016 and 2017

15. Philly.com named MRO the No. 34 midsize company on a list of Top Workplaces in Philadelphia – 2017

Congratulations to all MRO employees and clients who have participated in our 15-year adventure in Health Information Management! To learn about the pillars of MRO’s success, watch our video. 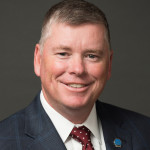 With a wealth of experience in healthcare sales, management and strategic direction, Hynes has a knack for industry trends to watch and PHI best practices to consider. As co-founder and CEO of MRO and past President and current Treasurer of AHIOS, he drives the direction and growth for the company, further positioning MRO as a visionary and industry leader in quality, service and technology for their customers.